Because my 2017 Oscars Project had come to an end, it’s now time to show you guys my recent lippies loot: the new Maybelline The PowderMattes by ColorSensational. BeautyMNL were selling these for an introductory price of P199 each (originally P299), so what’s a girl got to do but buy a couple of ’em, right?

There’s not much swatches available online, so I only picked the colors based on images of the lipstick on the tube.

Insider tip: do not trust them.

The first thing I noticed was unlike most Maybelline lippies, the tube colors are not consistent with this line – it depends, I guess on the color. There were the reds, the pinks and a nude. I don’t know if there’s more, though. I think there were 15 shades in this line? Don’t quote me on that. 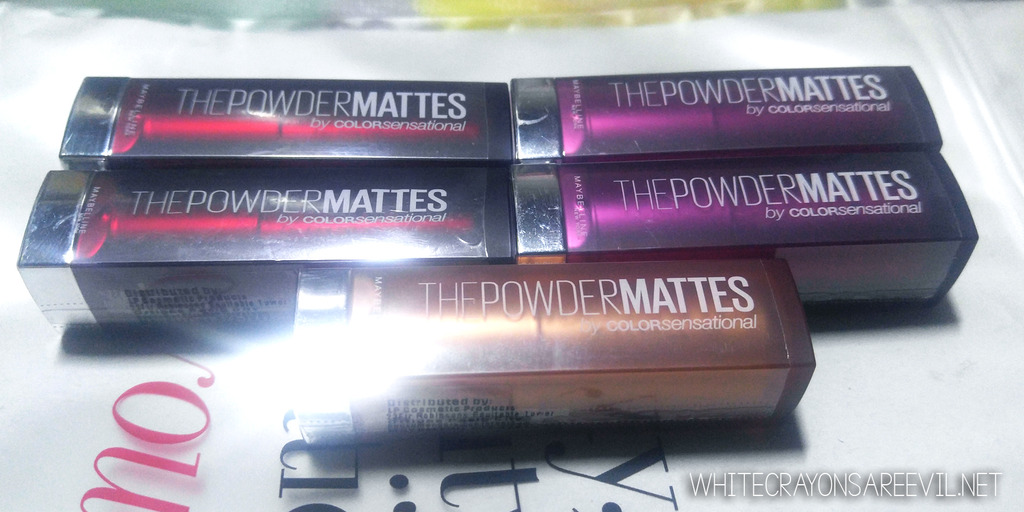 Here are the reds: Plum Perfection and Noir Red: 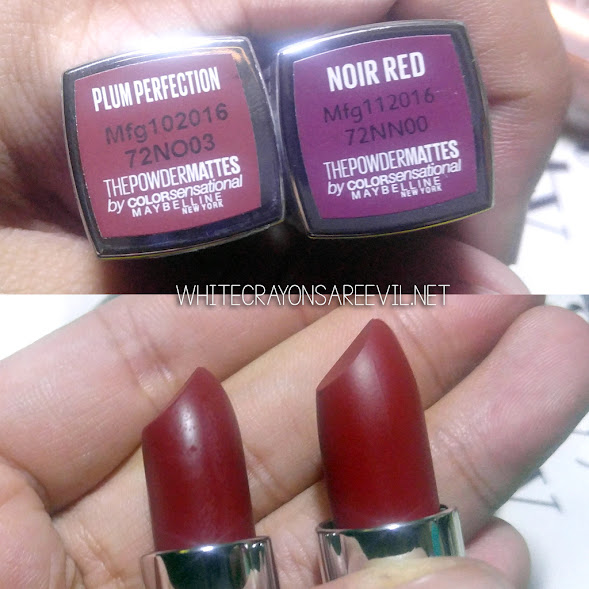 There’s not much difference in the shades of the actual lippies, as well as the swatches. The “plum” is not plum at all. I can see the difference between the two, though. My love for red lippies trained me for that.

Noir Red, when worn, looks like a lighter red. It’s a boring red, might I add. Well, not really. It’s just it’s not something I have not seen before.

Plum Perfection, when worn, looks a tad bit like brick red, only more subtle, I guess.

Here are the pinks, Technically Pink and Fuchsia Flash: 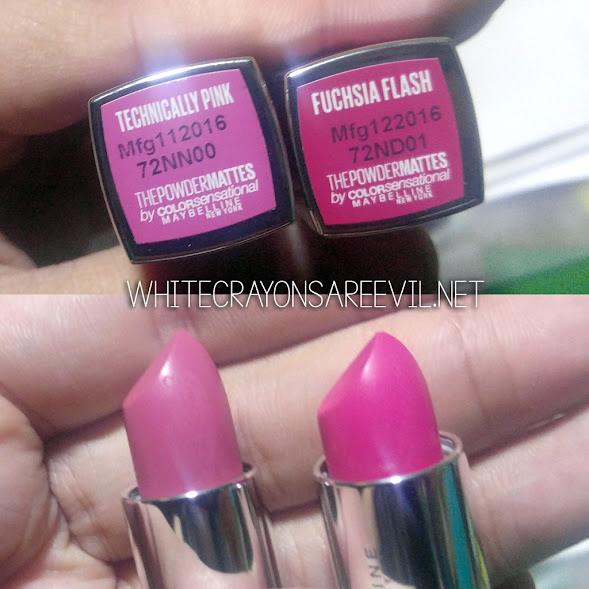 At least these two have a very obvious difference.

Technically Pink, when worn, is a very muted pink. This is a surprise favorite, and it’s perfect for everyday, natural look.

Fuchsia Flash, when worn, is a more vibrant version of Technically Pink.

And the nude one, Make Me Blush: 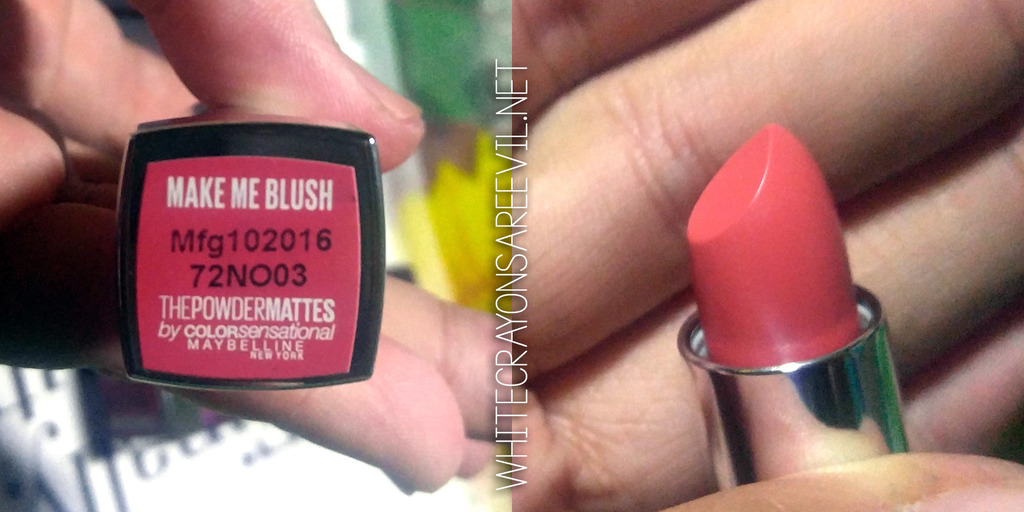 Make Me Blush, when worn, is a muted orange/coral. Again, if you’re into the barely-there colors, and would wear lippies just to add a tiny bit splash of color, this is a good shade.

Here are the swatches in different light settings.

Will I buy the rest of the collection. No. That’s a pass for me, only because I find the color a tad bit less intense for my taste. Sure, I can build the color up, but why bother when there are literally a tons more of available lippie out there which can do the job in one swipe (like the Maybelline Creamy Mattes)?

Do you want me to feature a particular lippie here on Lippie Tuesday? Leave your suggestions at the comment box below. Please do check out my other Lippie Tuesday here